Almost every person dreams of a beautiful and slim body. A lot of people spend their lives actively doing sports or observing different diets in an attempt to obtain a slim body. However, these measures sometimes prove to be insufficient to reach the objective. This may be due to various causes, for instance, a specific body constitution, where adipose tissue or “excess weight” accumulates in a particular body location, hormonal disorders or congenital diseases. In this situation, the removal of fat or so called liposuction, or lipectomy are the most efficient solutions. Liposuction operation is performed in order to quickly, efficiently and permanently get rid of the excess layer of fat in the areas of the body, improve the shape and contours of the body, improve wellbeing and help you feel confident in any clothing.

What is the liposuction and in which cases is it done?

Liposuction is not the reduction of body weight, it is a method of shape correction. Thus, this operation enables the customer to get rid of adipose tissue accumulations in a particular part of their body. For instance, to remove abdominal fat or fat on the sides of the torso or so called “love handles”, or to make the customer’s legs considerably slimmer.

There are cases, where adipose tissue accumulates in a particular body area, for instance the ankles due to genetic reasons. It is practically impossible to get rid of this naturally. The performance of the procedure is possible in almost any part of the body, where increased accumulation of adipose tissue occurs. The surgery is especially efficient, because the results persist for the entire lifetime. In contrast to natural weight loss, after liposuction surgery, adipose tissue ceases to accumulate in the problem area. This is due to the fact that adipose cells that have been eliminated during the surgery are not restored.

Liposuction is a procedure that is suitable for women, as well as men irrespective of their age. Women tend to accumulate adipose tissue at the sides of their thighs, lower legs and ankles, on the abdomen and hips, as well as under the chin. Meanwhile the most characteristic problem areas of men include the abdominal area and under the chin.

Is the effect of the liposuction visible immediately?

The method of fat removal or lipectomy has gained wide popularity worldwide, because it has an immediate and visible effect; furthermore, the effect persists for a lifetime, because eliminated adipose cells are not restored.

How is the liposuction procedure done?

A special medication is injected into the problem areas of the body before the fat removal operation. This medication splits and liquefies the fat and only after that, during the operation, is the fat removed by using a special vacuum device.

Liposuction may be merged with other procedures as well. For instance, for the transplantation of adipose cells, which involves special cleaning procedures of the removed adipose tissue and implantation thereof in a different part of the body, for instance, in the areas under the eyes or in the breasts for breast augmentation purposes.

After the liposuction surgery

The post-surgical period is not complicated; however, a considerable amount of time is required until the result is achieved. The client is required to stay at the clinic under the supervision of medics for 1 day after the surgery. To speed up the cosmetic effect, customers are recommended to wear tightly fitting clothing for 1 month after the operation, which reduces tissue oedema. Furthermore, it is recommended to abstain from additional physical exertion for a certain period after operation.

„Ādažu privātslimnīca” specialists provide professional client care, consultation until complete recovery and hope for the best and most effective result, which will certainly not disappoint you. 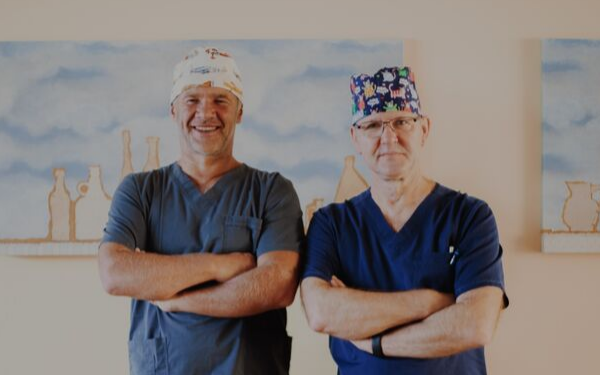 The Centre of Plastic and Aesthetic Surgery is the private practice of Board-certified plastic surgeons Dr. Janis Zarzeckis and Dr. Talivaldis Krumins, where high-quality services are provided in aesthetic, reconstructive and hand surgery.

This website uses cookies to improve your experience while you navigate through the website. Out of these cookies, the cookies that are categorized as necessary are stored on your browser as they are essential for the working of basic functionalities of the website. We also use third-party cookies that help us analyze and understand how you use this website. These cookies will be stored in your browser only with your consent. You also have the option to opt-out of these cookies. But opting out of some of these cookies may have an effect on your browsing experience.
Necessary Always Enabled
Necessary cookies are absolutely essential for the website to function properly. This category only includes cookies that ensures basic functionalities and security features of the website. These cookies do not store any personal information.
Non-necessary
Any cookies that may not be particularly necessary for the website to function and is used specifically to collect user personal data via analytics, ads, other embedded contents are termed as non-necessary cookies. It is mandatory to procure user consent prior to running these cookies on your website.
SAVE & ACCEPT
Scroll to Top